It provides study techniques that will help you learn efficiently and effectively, such as self-testing, interleaving, and spaced studying.

It explains how to read a legal text effectively and how to brief cases. It also explains wellness, which will help you survive the rigors of law school. Finally, it helps you become a self-regulated learner, which is important for doing well in law school and as a lawyer. Expert Learning for Law Students, 3rd ed. Manning Call Number: KF The third edition of Expert Learning for Law Students is a reorganization and rethinking of this highly-regarded Law School success text. It retains the core insights and lessons from prior editions while updating the materials to reflect recent insights such as mindset theory, attribution theory, chunking for use, and interleaving learning.

The text includes exercises and step-by-step guides to engage readers in the process of becoming expert learners, including specific strategies for succeeding in Law School. Jackson Call Number: KF J33 Presenting personal narratives and counter-stories, Jackson demonstrates the inadequacy of the mismatch theory and deconstructs the ways race is constructed within American public Law Schools.

Calling for a replacement to mismatch theory, Jackson offers an alternative theory that considers marginalized student perspectives and crystallizes the nuances and impact that historically exclusionary institutions and systems have on African American Law School students.

To further the debate on affirmative action, this book shows that experiences and voices of African American Law School students are a crucial ingredient in the debate on race and how it functions in Law Schools.

When we look closer at one profession from which we often draw our political, business, and organizational leaders--the legal profession--we find a deep chasm between what Law Schools teach and what the world expects. Legal education ignores leadership, sending the next generation of legally-minded leaders into a dynamic world dangerously unprepared. Dangerous Leaders exposes the risks and results of leaving lawyers unprepared to lead. It provides Law Schools, law students, and the legal profession with the leadership tools and models to build a better foundation of leadership acumen.


Thompson draws from his twenty years of experience in global executive education for Fortune companies and his experience as a law professor to chart a path forward for better leadership instruction within the legal academy. Using vivid, real-life case studies, Thompson explores catastrophic political, business, and legal failures that have occurred precisely because of a lapse in leadership from those with legal training. He maintains that these practices are chronic leadership failures that could have been avoided.

ABA salutes veterans as it works on their behalf

In examining these patterns of failures, it becomes apparent that legal education has fundamentally misread its task. Thompson proposes a fundamental rethinking of legal education, based upon intersectional leadership, to prepare lawyers to assume the types of roles that our increasingly fast-paced world requires. Intersectional leadership challenges lawyer leaders to see the world through a different lens and expects a form of inclusion and respect for other perspectives and experiences that will prove critical to maneuvering in a complex environment.

Dangerous Leaders imparts invaluable tools and lessons to best equip current and future generations of legal leaders. V55 Mindful Lawyering introduces students to creative problem-solving and mindfulness in the context of law school and beyond, presenting checklists, scenarios, and hypotheticals that invite student engagement. This concise text, written in an accessible and entertaining manner, can be used in first-year legal methods courses, for law school orientation, or in an academic support setting.

N68 American Law Schools extol democracy but teach little about its most basic institution, the Congress. Interpreting statutes is lawyers' most basic task, but law professors rarely focus on how statutes are made. This misguided pedagogy, says Victoria Nourse, undercuts the core of legal practice. It may even threaten the continued functioning of American democracy, as contempt for the legislature becomes entrenched in legal education and judicial opinions. Misreading Law, Misreading Democracy turns a spotlight on lawyers' and judges' pervasive ignorance about how Congress makes law.

Victoria Nourse not only offers a critique but proposes reforming the way lawyers learn how to interpret statutes by teaching legislative process. Statutes are legislative decisions, just as judicial opinions are decisions.

Her approach, legislative decision theory, reverse-engineers the legislative process to simplify the task of finding Congress's meanings when statutes are ambiguous. This theory revolutionizes how we understand legislative history--not as an attempt to produce some vague notion of legislative intent but as a surgical strike for the best evidence of democratic context. Countering the academic view that the legislative process is irrational and unseemly, Nourse makes a forceful argument that lawyers must be educated about the basic procedures that define how Congress operates today.

N55 Most of our students neither know how learning works nor what they have to do to ensure it, to the detriment both of their studies and their development as lifelong learners. The point of departure for this book is the literature on self-regulated learning that tells us that deep, lasting, independent learning requires learners to bring into play a range of cognitive skills, affective attitudes, and even physical activities - about which most students are wholly unaware; and that self-regulation, which has little to do with measured intelligence, can be developed by just about anyone and is a fundamental prerequisite of academic success.

Linda Nilson provides the theoretical background to student self-regulation,the evidence that it enhances achievement, and the strategies to help students develop it. At a time of so much concern about what our students are learning in college and how well prepared they are for the challenges of tomorrow's economy and society, self-regulated learning provides a reassuring solution, particularly as studies indicate that struggling students benefit the most from practicing it.

O94 By creating a bridge between contemplative practices and the Scholarship of Teaching and Learning SoTL , Owen-Smith brings awareness of contemplative pedagogy to a larger audience of college instructors, while also offering classroom models and outlining the ongoing challenges of both defining these practices and assessing their impact in education.

Whittington Call Number: LC W46 Free speech is under attack at colleges and universities today, with critics on and off campus challenging the value of open inquiry and freewheeling intellectual debate. Too often speakers are shouted down, professors are threatened, and classes are disrupted. In Speak Freely , Keith Whittington argues that universities must protect and encourage free speech because vigorous free speech is the lifeblood of the university.


Without free speech, a university cannot fulfill its most basic, fundamental, and essential purposes, including fostering freedom of thought, ideological diversity, and tolerance. Examining such hot-button issues as trigger warnings, safe spaces, hate speech, disruptive protests, speaker disinvitations, the use of social media by faculty, and academic politics, this book describes the dangers of empowering campus censors to limit speech and enforce orthodoxy. It explains why free speech and civil discourse are at the heart of the university's mission of creating and nurturing an open and diverse community dedicated to learning.

It shows why universities must make space for voices from both the left and right. And it points out how better understanding why the university lives or dies by free speech can help guide everyone--including students, faculty, administrators, and alumni--when faced with difficult challenges such as unpopular, hateful, or dangerous speech. Timely and vitally important, Speak Freely demonstrates why universities can succeed only by fostering more free speech, more free thought--and a greater tolerance for both.

Becker Call Number: PS EL47 This book is about lessons learned both conferred and received by a fictional protagonist, E. Randall Mann, who was a law teacher at a major law school for over fifty years. There are nine stories or chapters that comprise this book. The stories appear as written in the first person by Mann and a fictitious student, Billie Williams, who served as Mann's research assistant after he retired and ultimately wrote two of the stories in remembrance following Mann's death.

Although the context for the lessons learned is law school and legal education, the lessons are intended to be transcendent. They explore the complex ingredients of life that often enrich us all: courage, resilience, survival, introspection, self-knowledge and self-awareness, death and loss, race, trust, friendship, love, and, above all, inspiration.

Nick Call Number: CS N53 Personal Names, Hitler, and the Holocaust: A Socio-Onomastic Study of Genocide and Nazi Germany provides readers with an increased understanding of and sensitivity to the many powerful ways in which personal names are used by both perpetrators and victims during wartime.

This book concentrates on one of the most terrifying and yet fascinating periods of modern history: the Holocaust. In particular, it examines the different ways in which personal names were used by Nationalist Socialists to hunt and destroy the victims of their genocidal ideology. Through compelling first-hand accounts from Holocaust survivors, in-depth interviews with descendants of Nazi war criminals, and a plethora of chilling cases extracted directly from the meticulous records kept by the National Socialists, this work presents a harrowing historical account of the way personal names were used during the Third Reich to achieve Hitler's homicidal vision.

Importantly, the use of personal names and naming to target and annihilate victims is not a historical anomaly of World War II but a widespread sociolinguistic practice that has been demonstrated in many modern-day acts of genocide. From Rwanda to Bosnia, Berlin to Washington, when governmental controls are abridged and ethical boundaries are crossed, very quickly, something as simple as a person's name can determine who lives and who dies.

Freund Call Number: D F74 In the summer of acclaimed archaeologist Richard Freund and his team made news worldwide when they discovered an escape tunnel from the Ponar burial pits in Lithunia. This Holocaust site where more than , people perished is usually remembered for the terrible devastation that happened there.

In the midst of this devastation, the discovery of an escape tunnel reminds us of the determination and tenacity of the people in the camp and the hope they continued to carry. The Archaeology of the Holocaust takes readers out to the field with Freund and his multi-disciplinary research group as they uncover the evidence of the Holocaust, focusing on sites in Lithuania, Poland, and Greece in the past decade.

Using forensic detective work, Freund tells the micro- and macro-histories of sites from the Holocaust as his team covers excavations and geophysical surveys done at four sites in Poland, four sites in Rhodes, and 15 different sites in Lithuania with comparisons of some of the work done at other sites in Eastern Europe. The book contains testimonies of survivors, photographs, information about a variety of complementary geoscience techniques, and information gleaned from pinpoint excavations.

It serves as an introduction to the Holocaust and explains aspects of the culture lost in the Holocaust through the lens of archaeology and geoscience. M Historians long have analyzed the emergence of the "final solution of the Jewish question" primarily on the basis of German documentation, devoting much less attention to wartime Jewish perceptions of the growing threat.

Jurgen Matthaus fills this critical gap by showcasing the highly insightful reports compiled during the first half of World War II by two Geneva-based offices: those of Richard Lichtheim representing the Jewish Agency for Palestine and of Gerhart Riegner's World Jewish Congress office. 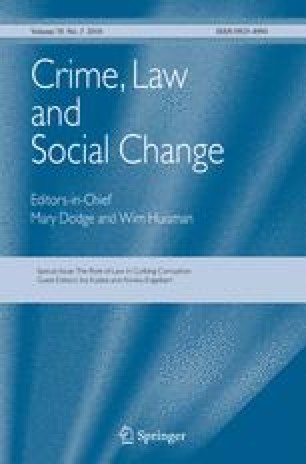 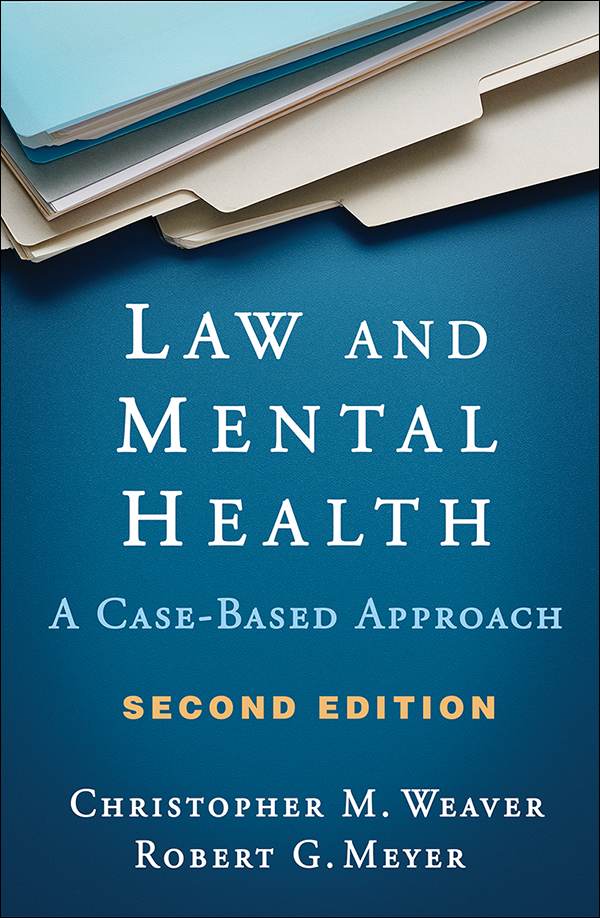